In 1967 a small group of TUI members banded together to form the first Teacher's Credit Union in Ireland.

The group became affiliated to the Irish League of Credit Unions in November of that year. To kick-start the venture the security fund committee of TUI agreed to make a loan of £5,000 available to the group, deferring interest for three years. Three thousand pounds was to be made immediately available for loans and the other two thousand was held prudently in reserve until the venture would show promise of success.

The maximum loan anyone could draw down was £250 and the maximum period for repayment was three years.

From these humble beginnings the TUI Credit Union has continued to grow. Today it has assets in excess of €56 million and has over 6,000 members throughout every county in Ireland.

The Credit Union boasts one of the lowest rates of loan interest in the country and traditionally returns profits to its members in the form of an annual dividend. In terms of success, and the Teachers' Union of Ireland has had a lot, the Credit Unions success and the service it renders to an increasing number of members must rank as the jewel in the crown.

Applying for a loan is now easier than ever. Simply login to your Online Banking Account and start today. 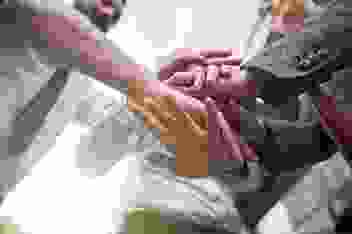 Be part of an Award-Winning Credit Union.

TUI Credit Union Ltd is Regulated by the Central Bank of Ireland. Reg No. 64CU